Following the last advice of Nikolai, given before Nikolai was taken to Osterstaught Prison for murdering a murderer, Montana feels like he is in over his head with the thought of building a dukedom all on his own. His solution? Break into the prison, rescue Nikolai and a damsel in distress, escape through a poop slide, and travel through an ancient dungeon.

Montana now much stronger and with a much greater burden, starts to take things slightly more seriously. That doesn’t erode his witty humor and comebacks that his companions don’t understand however. This dungeon crawling addition to The Good Guys series is just as good as its previous releases.

Much more intrigue. Osterstaught seems a never ending place of potential enemies and danger. Of course, Montana has a way of drawing that out and it makes every action he barrels into much more complex. This book makes you realize just how many layers that Eric Ugland is adding to the series. Every character and detail he adds seems to have a grand place either in this book or 4 books out.

The plot is pretty straight forward for the most part. Montana makes a plan and with some changes, does what he sets out to do, which is as usual making something that seems to be impossible become reality, with either sheer brawn or incredible luck.

There are many more characters introduced that have the potential to be big players in the series, and I can only imagine how they will return later to make things interesting.

As with each book in this series, Eric, hilariously makes the disgusting and brutal very prominent. So it may not be palatable by everyone.

This book has a long winding dungeon scenario, that takes up most of the story. The dungeon part could have been slightly shorter and other parts more, and I feel it would have been better.

Super action packed and so much lore added. With every book in this series, the world both gets more and more clear and at the same time much more complex. 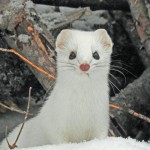